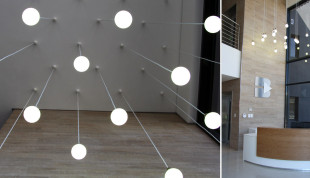 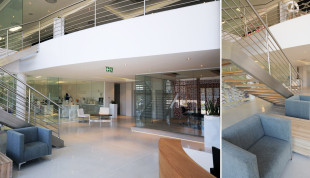 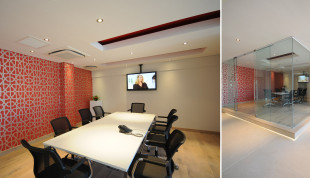 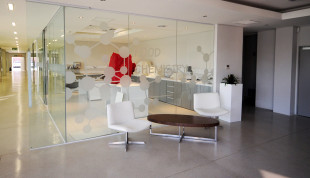 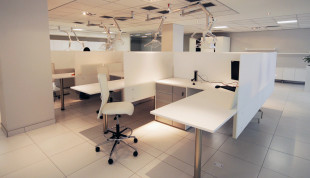 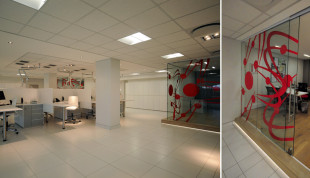 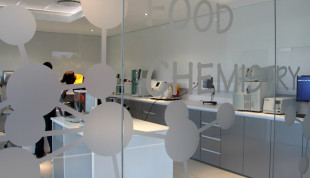 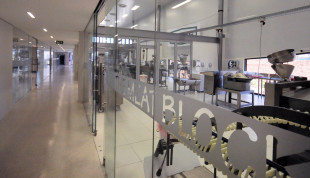 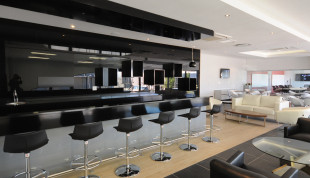 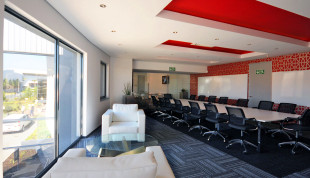 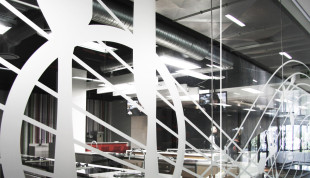 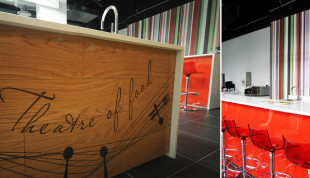 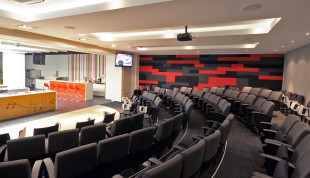 This building was a very interesting design to carry out – the concept revolved around the ‘Yin’ / ‘Yang’ principle. The ground storey was the Yang of the building, which possessed the analytical and logical in its approach to design. This was the area where the laboratory technicians experimented and created different food elements in a malleable space. The creative studio, also positioned on ground floor, was the hub of the building, in here the creation of interesting food flavours occurred. The environment had to be practical – thus it was clean / almost sparse, this is where research and experimentation in taste occurred. Throughout the building we had a number of meeting places, those served as breakaways from the clinical environment, this was done by using stressed wooden floors, bold geometrics, ceiling details and the colour of food – red, which brought in the contrast, all of these combined brought in contrasting warmth in otherwise clinical aesthetic. The upstairs of the building became the Yin of the building, this was the area where the auditorium facing on the ‘theatre of food’ as well as the bar/entertainment area were positioned. The theatre of food was a space which became the classroom for food lovers, where the chef becomes central to his students and the auditorium. The aesthetic of these spaces was industrial with the stressed wood element carried into the built in joinery. The milkshake bar provided the splash of colour as well as the fun ingredient among the seriousness of creating splendid flavours.